Can I Sue My Employer for Work Injury Damages?

Who Can File a Wrongful Death Lawsuit?

Wrongful death lawsuits allow the people affected by a fatal accident to recover damages. When a person is killed because of another person’s negligence, all of the deceased individual’s friends and family members are impacted. However, only certain people are able to file wrongful death lawsuits. Wrongful death claimants generally include people who are… Read More »

Who is Liable for Traumatic Brain Injuries Caused by Sports?

One of the top causes of traumatic brain injuries (TBI), especially in younger victims, is playing sports. It is not uncommon for a kid who plays a contact sport to fall, collide with another player, or be hit with equipment and sustain a concussion while on the field. In many instances, sports-related TBIs are… Read More »

Chain-Reaction Car Accidents — Who is at Fault?

“Chain-reaction” car accidents — in which one driver’s actions cause another driver to be injured, and then another, and so on — commonly result in extensive damage, and confusion surrounding who is liable. The involvement of multiple vehicles makes it very difficult to identify which drivers are at fault for which injuries, and raises… Read More »

The Dangers of Drowsy Driving

Most people would never get into the driver’s seat while drinking, but many of us drive even though we feel tired or drowsy. According to the National Sleep Foundation, 60% of adults have driven while drowsy and around 30% of them have fallen asleep at the wheel. Drowsy driving can be just as dangerous… Read More »

Finding fault and identifying the correct claim to make is the key to successfully recovering what you have lost after you are injured.  If you were hurt at work, the law does not allow you to “sue” your employer.  Your only recovery against your employer is through a workers’ compensation claim.  In a workers’… Read More »

Anyone who has ever received a papercut or burnt their tongue on hot coffee knows that accidents happen at work. Workers’ compensation exists to cover these types of accidents, no matter how severe. The only caveat of workers’ comp. is that it’s a type of no-fault insurance. Sometimes, however, a work accident is someone’s… Read More »

What Makes an Injury Catastrophic?

Simply put, catastrophic injuries are those that leave the victim with serious, long-term effects. In many cases, victims are unable to return to their normal lives. They may face unemployment or require constant supervision and assistance. To make matters worse, these injuries almost always occur without warning. One morning, you or your loved one… Read More »

While Tesla claims to engineer the safest cars in the world, the true safety of a Tesla is highly contested. While the Model S has received a 5-star safety rating, it has also been associated with some dangerous electrical fires. This is an important concern for electric vehicles in general, not because electric cars… Read More » 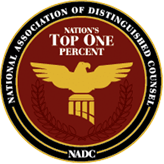